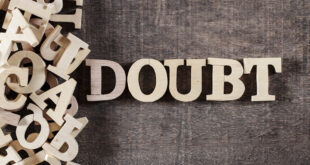 (Santa Fe, NM) – Danielle Trujillo, a member of the Boys & Girls Clubs of Santa Fe/Del Norte, was named the 2017 New Mexico State Youth of the Year on March 11, 2017 in Albuquerque. Danielle is a true example of an extraordinary young lady recognized by the Boys & Girls Clubs of America (BGCA) for her sound character, leadership skills and willingness to give back to the community.

Danielle competed against four other Boys & Girls Club teens from Pojoaque, Albuquerque, Las Cruces, and Farmington and was awarded $5,000 in college scholarship money.

Since 1947, Youth of the Year has been Boys & Girls Clubs of America’s premier recognition program, celebrating the extraordinary achievements of Club teens.  Club members who earn the Youth of the Year title embody the values of leadership service, academic excellence, and healthy lifestyles. They exemplify the critical impact that Boys & Girls Clubs have on the lives of young people.

Being named Youth of the Year is the highest honor a Boys & Girls Club member can receive. The title recognizes outstanding contributions to a member’s family, school, community and Boys & Girls Club, as well as personal challenges and obstacles he or she has overcome.

Danielle has been a member of the Boys & Girls Club for six years and has helped younger members with homework and also assisted Club staff with programming. In her spare time she helps coach an elementary basketball team as well as participate in sports such as volleyball, track, and diving. The seventeen-year old is a senior at St. Michael’s High School and would like to go into the medical field. She will be attending the University of New Mexico in the fall.

Danielle will now go on to represent New Mexico at the Southwest regional competition in Dallas in June. There, she and representatives from 7 other states will compete for a $10,000 scholarship and a chance to move forward to the national level. The National Youth of the Year receives a $50,000 scholarship and the opportunity to meet and be recognized by the President of the United States.

In her essay, Danielle wrote “The Club has taught me many things that will stick with me not only through college, but my entire life. I have learned how to step out of my comfort zone, how to be a leader and role model, and how to surround myself with people that bring positivity and happiness to my life.”

Roman Abeyta, Executive Director of the Boys & Girls Clubs of Santa Fe/Del Norte said, “We are very proud of Danielle. She exemplifies everything we strive to teach our Club members. She will do well to represent us, and the entire State of New Mexico, when she competes in Dallas. She has a bright future.” 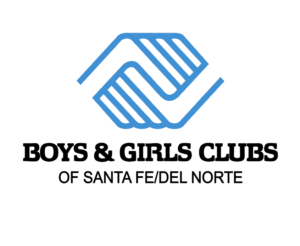 “The LORD then said to Noah, “Go into the ark, you and your whole family, …