Home / Sports News / All in the world of sports

All in the world of sports

The world champion United States women’s soccer team wins on the field of play, but falls short in court.
The Kentucky Derby will not run on today’s first Saturday in May for the first time since 1946.
The International Little League World Series of baseball and softball has canceled its global event for the first time since it began in 1947. This would have been the 74th running of the most prestigious, oldest and biggest youth recreational activity on the planet.
Tokyo Summer Olympics already ruled out for this year’s scheduled July event appears unlikely to hold it in 2021.
National Basketball Association pushes back draft combine, draft lottery.
NCAA requires disclosure in sexual violence policy.
Ladies first, which is where the USA soccer girls are most comfortable. But they weren’t pleased or comfortable with Friday’s dismissal in yearlong salary dispute. The judge, R. Gary Klausner of U.S. District Court for the Central District of California, accepted the federation’s argument in what is called a motion for summary judgement.
But in his ruling, he dismissed the players argument that they were automatically underpaid by U.S. Soccer in comparison with the men’s national team. He wrote that U.S. Soccer had substantiated its argument that the women’s team had actually earned more “on both a cumulative and an average per-game basis” than the men’s team during the years at issue in the lawsuit.
The players in turn said through a spokesman that they would appeal the decision, while U.S, Soccer did not immediately respond to a request for comment.
Klausner’s ruling preserved the players’ claims about unequal treatment in areas like travel, hotel accommodations and team staffing. A trial on these issues is scheduled to begin June 16.
But in dismissing the equal pay argument that had been the heart of the players case,Klausner brought an end — for the moment — a  yearlong fifth that had pitted the players against their employer and transformed them from merely the world’s best women’s soccer team into global standard-bearers for pay equity, women’s rights and support for women’s sports.
They will run at Louisville’s Churchill Downs today, but it won’t be the horses, for that event, the first and largest of the three that include the Preakness Stakes at Pimlico in Baltimore, and the Belmont Stakes run in Elmont, N.Y. But instead of going along with the traditional Kentucky, Preakness and Belmont, they just might make a switch by having the Belmont, the longest race of the three, go number one in late May or June.
Or perhaps the Preakness will be raced on a sweltering July afternoon and the heavyweight of the group, Churchill Downs, could be heading down the stretch on Sept. 5because of the coronavirus that has halted live racing at some major tracks. It would the first time the Derby, for the first time since 1945, won’t run in May.
But the racing course at Churchill will be occupied this afternoon by turtles in what has been announced as the Turtles Kentucky Derby. It’s scheduled to be viewed onYouTube at 5 p.m. eastern standard time, and expected to be the slowest approximate four minutes every seen on a race track.
Little League baseball and softball won’t be the same. There might be some local district and regional games, but nothing worldwide because of the threat of this virus that will unable these other nations from traveling far for the events in South Williamsport, Pa., for baseball, and Portland, Ore., for softball. So no matter if Little League gets to play anywhere, it won’t be in International circles, and that will be most missed.
Also ousted was the annual Major League baseball game in Williamsport, with the scheduled Boston Red Sox and Baltimore Orioles being penciled out. This has been a popular event, but not this year.
Poor Japan. One of our greatest allies spent long days and long nights to piece together the world event, and it has already been postponed from July and questionable for the following year. For that to happen, it would take every Tokyo area of the huge site supervised and kept in working order, and this could be a little too much trying to bail out a well-crafted event that took years to complete.
Could be or could not be? Hopefully, Japan will have to make a decision in the coming months regarding 2021.
The NBA, following the recent path that had the National Football League holding the most different draft ever, is delaying the draft and lottery and draft combine events that had been slated for Chicago later this month. The decision was made Friday, but had been expected for some time.
The lottery can not occur until the regular season is completed or is declared over because team records determine the odds that the 14 non playoff teams will have of securing the right to pick No. 1 overall in the draft. For now, the draft remains , scheduled for June 25, although that, too, will likely have to change in the coming weeks as the league continues reacting to the coronavirus pandemic.
The lottery was to have taken place May 19and the draft combine was to have run from May 21-24.
And the NCAA has made notice of expanding its sexual violence policy to require student-athletes to inform their schools each year about any investigation or disciplinary matters in their past. According to the measures adopted by the NCAA’s board of governors, all athletes must disclose annually whether their conduct has resulted in an investigation.
Failure to fully disclose that information could result in penalties that include a loss of eligibility as determined by the university, and this applies to current and incoming students. This expansion of the policy will take effect in the 2021-22 school year,
Decisions and more decisions fill this list.
Share 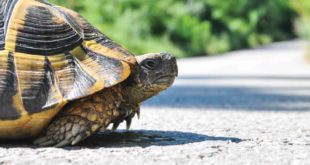 By Arnie Leshin  With all due respect to turtles, call it the slowest eight minutes …