SANTA FE, NM – The New Mexico Department of Health (NMDOH) reports the death of a 53-year-old woman from McKinley County of Hantavirus Pulmonary Syndrome (HPS). This is the second lab-confirmed death from HPS in New Mexico in 2017. An environmental investigation has been conducted at the woman’s home to reduce the risk to others.

The department also reports an additional recent case of HPS in a 35-year-old woman in Lincoln County, who was hospitalized and has recovered. Including these reported cases, there have been five lab-confirmed cases of HPS in New Mexico this year, with cases in McKinley, San Juan, and Lincoln Counties. In 2016, there were eight cases of HPS in the state, with five fatalities.

Hantavirus is a severe respiratory disease in humans. It is passed to humans by infected rodents through urine, droppings or saliva, and can be fatal. People can contract the disease when they breathe in aerosolized virus. The deer mouse is the main carrier of Sin Nombre virus, the Hantavirus strain found in New Mexico.

“We again urge New Mexicans as they open their sheds, cabins, or other buildings left regularly unopened to be aware that it’s possible mice and other rodents may have moved in without your knowledge,” said Department of Health Veterinarian Paul Ettestad. “Any stirring up dust in areas where rodents live, including nests and droppings, can cause the virus to get into the air where you can unknowingly breathe them in.  It’s best to air out little-used buildings before entering and sanitize and wet down any droppings you see with disinfectant.”

NMDOH encourages healthcare workers and the public to become familiar with the signs and symptoms of Hantavirus. Early symptoms of Hantavirus infection include fever and muscle aches, possibly with chills, headache, nausea, vomiting, diarrhea and abdominal pain and cough which progresses to respiratory distress. These symptoms develop within one to six weeks after rodent exposure. Although there is no specific treatment for HPS, chances for recovery are better if medical attention is sought early. 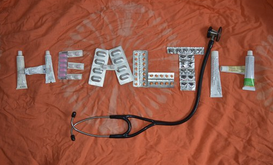