We were very pleased to have a visit with New Mexico Commissioner of Public Lands, Stephanie Garcia-Richard.  We started off our conversation by highlighting Commissioner Garcia Richard’s accomplishments during her first 100 days in office.  These included:

These are just a few highlights of her first 100 days accomplishments.  To learn more, you can visit the State Land Office website.  We thanked Commissioner Garcia-Richard for all her efforts and welcomed her back on the show any time. 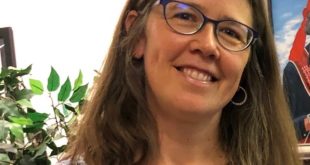 Tekla Johnson, Director of SFCC’s First Born program Do you know someone that is expecting …