COVID-19 Updates
Home / News / Despite sporting a 96-8 record after 3 and one-half basketball years, The Pecos boys don’t take anything for granted.

Despite sporting a 96-8 record after 3 and one-half basketball years, The Pecos boys don’t take anything for granted.

Despite sporting a 96-8 record after 3 and one-half basketball years, The Pecos boys don’t take anything for granted.

After handily getting past district rival Santa Rosa in round one of their 3-straight state championships, the Panthers went against undefeated district foe Texico in round two and put an end to that run, and in round three last year, it handed Newcomb only its second setback of the season.
There, that brought an overall 83-7 mark in that remarkable scan under head coach Ira Hodge, Jr. In five other trips to the state final, the program did win state for the first time by beating Springer in 1966. But the following season, it lost in the final to Taos Central, in 1983 to Escalante by two points, in 1987 to Clayton by six, and in 2005 to Mora.
Along came Harge, Jr., who brought only success. Two state championships in 3A and one in 2A last year.
Now his team awaits a non district visit Thursday from Magdalena, which is 13-0 overall and which lost to the Panthers in last season’s quarter or semifinals. It was close for awhile before Pecos pulled away, now it gets another challenge from the Steers, who won their lone state tile by going 31-0 in 2015, edging Logan, 61-60.
It’s a family thing for the school about 20 miles west of Socorro, a non district opponent who it has already beaten by 21 points. That and two others by the same margin have been the “closest” tests for these Steers coached by Jory Mirabal, who has had three of his sons in the lineup in the 2017-18 campaign, two in 2016 and 2017, and one on the state championship team.
Oldest son Jorrell, graduated after last season, which left the youngest, Joren, now a sophomore, and Jaxson, now a junior. In ’15, Jorrell was a freshman.
In all the other games that resulted in romps, mercy-rule endings, it has been the usual balanced attack for Magdalena with four starters in double figures. The 6-foot-1 Jaxson leads the way with a 17.2 scoring average, Right behind at 16.7 is 6-foot Joren, followed by 6-1 senior O. Olney at 16.4, and 5-11 senior Kyle Jullian at 14-0. The fifth starter, 5-9 junior M. Greenwood, is only averaging 3.5 in scoring, but has pulled down 2.4 rebounds a game, and is one of the assists and steals leaders.
No. 1 in scrubbing the boards is Jaxson with 6.3, and he averages 4-2 in assists and 4.7 in steals. Joren has taken down 4.8 rebounds and has handed out 3.9 assists. Jullian has a boards average of 3.8, and Olney has been bringing down 4.8 rebounds and has come away with 4.2 steals.
Share 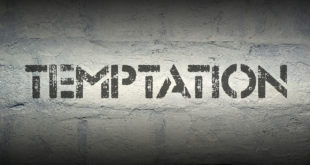 “No temptation has overtaken you except what is common to mankind. And God is faithful; …