COVID-19 Updates
Home / News / Do Navy’s outstanding quarterback Malcolm Perry or other military academy athletic team graduates risk their military future years if choosing to, as President Donald Trump suggests, come out for the National Football League college draft and if chosen, return to military service when their professional careers are over.

Do Navy’s outstanding quarterback Malcolm Perry or other military academy athletic team graduates risk their military future years if choosing to, as President Donald Trump suggests, come out for the National Football League college draft and if chosen, return to military service when their professional careers are over.

It’s Malcolm Perry’s choice, not what has been suggested by the President of the United States.

Not to forget that Donald Trump is also the nation’s Commander-in-Chief, and it’s certain that Perry knows this. But for someone like Perry, who is devoted to serving in the US Navy, he has collected all the facts of what Trump has imposed, that is a graduate of the military can apply for the college draft, in this instance, the National Football League, and serve his time in the military when his professional grid career is over.
It’s not a dilemma for No. 10 Perry, the multi-talented run and gun athlete who engineered the Midshipmen to an 11-2 record — a program record — to a final-drive victory at the Air Force Academy, to an impressive romp over the Cadets of Army at the annual game in Philadelphia, and in the Liberty Bowl in Memphis, Tenn., conclude by throwing a tie game fourth down pass to the Kansas State 10 and bringing the winning 23-yard field goal from kicker Bijan Nichols with two seconds left in the 20-17 success over the Wildcats and a final national poll ranking of 23rd.
That’s just some of his heroics. Some say he should have been a candidate for the prestigious Heisman Trophy award, but it never bothered him, he just wanted to take the field and and win for good old Annapolis, his home away from home. Now a senior, does he want to serve his upcoming military time after graduation? Does he want to take up the President’s unprecedented offer to remain on the gridiron, risk injuries, and might not even be physically and mentally able to return and pick up serving his country.
And so, this could be bad or good. It’s a big risk, but so can serving actively in the military. It maybe a nice gesture by the President, but not for him to decide for an individual. No pressure, just something new, something that can suit an athlete who wants to keep playing, in this case, football.
Playing high school and college ball was also a risk for the 5-foot-9 190-pound Perry, but those days are over, now it’s a decision he has to make, one he can think about, one about mixing it up with the bigger and better NFL players. He’s a quarterback with fast, deceive feet, with legs that have run for long touchdowns, with moves that rally the Midshipmen, with decisions that win or lead to wins. To him, the game is not over until the final whistle, until the clock winds down.
Perry has broken the FBS single-season quarterback rushing record of 2,042 yards. He has other records, several that belong in the Naval Academy’s trophy case. Some included are single-game rushing yards, touchdowns, TDs through the air, and game-winning heroics. After victories, if not for interviews, he would be the first to join the team for the singing of the “Navy Blue and Gold” while the band and Middies sang along.
Now this is pro ball that he has to think of. Can he develop into a legitimate candidate for an NFL starting job, whether at quarterback or another position he’s equipped for? This is uncertain. In the short term, his arm is another factor opponents would be forced to game-plan for each week. Yes, he is equally equipped at running or passing the ball. He is a remarkable runner who averaged over seven yards per carry during his collegiate career, and posses the small-size quickness to shine in the role of slot receiver.
Running backs his size are not rare. Quarterbacks are, especially when it comes to Perry being only 5-9. But to carry the ball, 190 pounds mix in well with his speed and strength, plus being in a military academy like Navy puts him in excellent shape. He has ate well, has conditioned himself well, has the ability of a dedicated athlete. His physicality also rates high.
He has only thrown 109 pass attempts in college, but his arm is still a threat because he has great vision for the receivers, and faking the pass provides him with a chance to take off downfield, most times into the end zone.
The bottom line is he’s probably not ready to handle any exclusive role at the next level. The closest would be running back, but his lack of size would prevent him from being a third-down workhorse. That said, he’d be a worthwhile flier in the draft who could find a slot in a roster. A king of gadget plays who can make an immediate impact with his arms, legs or hands, and game savvy. Even if it’s only 10 or 12 snaps a game, his production has the potential to exceed the average mid-to-late-round selection.
Because of the heroics of Perry, Navy, which also won 11 games in 2015, bounced back from its first losing season since 2011
to put together one of the finest campaigns in the program’s storied history that included the likes of Heisman Trophy winners Joe Bellino, the running back, and Roger Staubach, the quarterback. The program has now won five of its last six bowl games dating back to 2013.
I served in the military, and it wasn’t fun. But I chose to be patriotic and do my duty for my country. That was my choice. But for Malcolm Perry and the others, they have a choice. Nothing against serving our country, and nothing against playing more football, but choice is choice and that’s the way this game is being played in the military or on the gridiron.
And I did serve in the Navy, and I would like to extend my thanks to Perry for making these games more enjoyable, for he was or is quite a player, and if you don’t believe it, ask the other teams and the Navy fans.
Share

Previous Santa Fe Indian School rolled over the field in hosting the annual Braves basketball tournament, with both its girls and boys hoisting the championship trophies before they were deposited in the school’s trophy case, and at Pecos, the high-flying Panther boys upped their record to 13-1 by dominating visiting Dulce, 86-44
Next Looking Forward—Our Top 3 Goals for 2020! 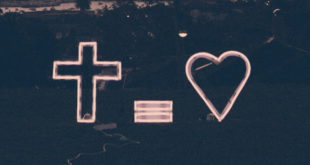