Will New Mexico be the next state to legalize recreational marijuana? Not if our Governor and our Legislators listen to the people and pay attention to the facts.

Earlier this week, our friends at Smart Approaches to Marijuana (SAM) released a poll conducted by Emerson College which found that more than 63% of New Mexico voters do not support the legalization of recreational marijuana.

According to the poll, 42% percent of voters support the status quo in New Mexico—decriminalization for small amounts and legal medicinal marijuana—and 22% favor keeping marijuana illegal for use and possession. Ultimately, just 34% percent of voters favor full legalization.

‪This poll will no doubt shock the pot industry, but it does not surprise us. Most New Mexicans recognize that our state is already facing major challenges related to homelessness, crime, drug use, poverty, and mental health. So why would we further aggravate these issues by repeating the mistakes of states like Colorado?‬‬

We are glad that so many New Mexicans recognize the threats that recreational pot poses to our public health and safety. Though Big Marijuana advocates try to hide the ugly truths about recreational marijuana legalization, we are proud to be working with SAM and other local groups to make sure that citizens and lawmakers have the facts—because the facts make it very clear. Recreational marijuana is wrong for New Mexico and this year, Democrats and Republicans should again “Say NO to Big Marijuana.”

By the way, if you want to see what legal pot really looks like in Colorado, click here to watch our latest video! 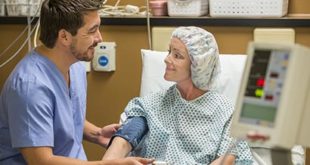