Playing at home, Santa Fe High and Capital provided a tough challenge before losing to the top two teams in District 5-5A Wednesday night, the Demonettes to first place Albuquerque Sandia, the Jaguars against runner-up Albuquerque High

But both lost, the Demonettes 52-41, and the Jaguars 52-42. Santa Fe High, 8-14 overall and 0-5 in district, even held a 21-20 halftime lead, but could manage only five third quarter points and the Matadors, the only team in the district that stands above .500, took a slim 33-26 advantage in the fourth quarter.
In the final eight minutes, Sandia (17-4, 7-0) outscored the home team 19-15 and converted 10-of-18 free throws in that span.
As for Capital (8-14, 3-3), it trailed 26-17 at the half, and the second place Bulldogs (10-11, 6-1) maintained the lead while the Jaguars kept chasing. Capital junior Rebecca Sorensen had the game-time 17 points.
In 2-2A played at Christian Life in Santa Fe, visiting Academy of Technology and The Classics girls won their third in a row disposing of visiting Tierra Encantada (1-11, 1-2) by the score of 46-24, upping their overall record to a program-best 11-8 and remaining in second plae behind defending champion Espanola McCurdy at 3-1, and the two meet again in the regular-season finale at ATC.
The Phoenix, under new head coach Ron Drake, have now outscored its opponents 684-594, and will again play the Alacranes Saturday at Christian Life. ATC held only a 17-12 lead after one quarter, but its defense and domination of the backboards put the game out of reach.
Phoenix eighth grader Perla Miramontes had the game-high 21 points and added a dozen rebounds. Junior Naomi Lujan and 8th grader Charli Koseoglu scrubbed the boards for 16 rebounds each.
In 2-3A, Santa Fe Indian School (18-6, 4-2) won a tight one at Robertson, 57-55, to drop the defending state champion Cardinals to 10-12, 3-2, and at West Las Vegas, it was an overwhelming 73-17 romp over Raton as the Dons improved to 15-7 and 5-1 and in first place, while the Tigers are now 3-17 and 1-6.
Share

Previous St. Michael’s rolling along, dominating Santa Fe Prep, 71-39, on the road Wednesday night for its 8th straight win, 11th in its last 13 starts, unbeaten in 2-3A at 7-0 and has Robertson, West Las Vegas and SF Indian School in its next three games
Next SFNF’s Jemez District Office Moves to Temporary Location While Construction Begins on New Buildings 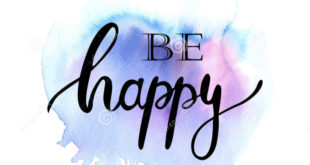 “To the person who pleases Him, God gives wisdom, knowledge and happiness, but to the …