COVID-19 Updates
Home / News / St. Michael’s boys basketball again a-top the DIstrict 2-3A standings and the hottest team in the class with nine victories in their last 10 starts and on a 7-game win streak down the stretch

St. Michael’s boys basketball again a-top the DIstrict 2-3A standings and the hottest team in the class with nine victories in their last 10 starts and on a 7-game win streak down the stretch

Twenty six schools in New Mexico’s boy’s 3A basketball and the hottest of all is St. Michael’s following the same road as it did at this time last season.

At 6-0 and on top of District 2, the Horsemen have carted off 7 straight wins, have won nine of their last 10 and are 15-7 overall. All went well last year until a trip down I-25 to pesky West Las Vegas brought their first district loss and at 9-1 had to play host to a playoff game against Santa Fe Indian School.
And for the fourth straight time, St. Michael’s prevailed, only to finally fall to the Braves in the state semifinals.
But it’s a different story this time. Indian School graduated its star player, James Bridges and some other key players and is now 11-10 overall and 1-4 in district after Saturday night‘s 52-46 setback to the visiting  Dons.
WLV and cross-town rival Robertson are now the ones chasing the Horsemen of Dave Rodriguez. The Dons are 13-8 overall and 5-1 in district, with the only defeat coming against St. Michael’s.
And the Cardinals had no problem disposing of last place Santa Fe Prep, 72-35, to bring their overall mark to 17-5 and winners of four of six district starts. As for the Griffins, they dropped to 5-13 overall and 0-6 in district.
So with the Braves not anything near last season’s squad, Raton and Prep not a threat, it appears to be a 3-team stretch run for the highest spot that brings the byes and home court advantage for the tourney final.
And that’s important because the district tournament winner gets an automatic invitation to the state tournament, and checking its regular-season ranking declares how high a seed would be granted.
Presently, it looks good for St. Michael’s, Robertson and West Las Vegas, all with winning records and ranked among the top 16 schools that make it to state.
In 2-4A boy’s games, it was first place Espanola Valley (14-8, 4-1) turning in a 62-46 triumph at Pojoaque Valley, which dropped the Elks to 7-16 and 1-4.
Then there was Los Alamos hitting the road to Moriarty and returning with a 41-37 victory that put the Hilltoppers at 5-17 and 2-3 and the Pintos now 7-14 and 1-4, which has the Sundevils in good shape for the stretch run.
Share 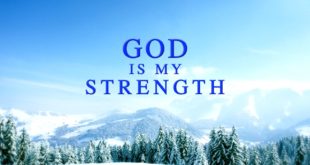