Another state basketball championship for the Pecos boys

Sorry Magdalena, but the top-seeded Pecos boys have been number one in 2A from start to finish.
That’s just this year, but there’s been no change since these Panthers won their first state championship in 2017 in 3A, and followed by three-straight 2A titles, the latest Saturday morning in coasting past 2nd seeded Magdalena, the lone undefeated team in the state, 63-53, at the University of New Mexico’s Dreamstyle Arena.
This was an anticipated match-up that was scheduled twice to be played at Pecos. But it never happened because of snowy winter conditions, the first time postponed, the second time cancelled. And so it came to the season’s final game before the two could meet up.
This time, there was no home court advantage as there would have been if the regular season game had been played at Louis Sanchez Memorial gymnasium in Pecos. This time, it was a different look then there would have previously been. This time there were no fans in the stands after the New Mexico Activities Association announced after the quarterfinals that only players, coaches, trainers, referees and administrative officials would be allowed in the building.
But empty seats didn’t take anything away from this game. At times it was a shot-for-shot display, there were 14 3s, there were nine lead changes but only two ties. There were three Pecos starters with four personal fouls down the stretch, and one Steer fouled out.
But after an opening quarter when Pecos held a 17-12 lead, the second quarter went back-and-fourth, six lead changes before Panthers senior guard Anthony Armijo tossed in a 3 at the buzzer to put his team in front 27-26.
Armijo, in fact, one of his team’s chili-hot tournament players, also made a 3 for the first basket in the third quarter and another with the last shot of the quarter to up the lead to 52-39.
He and senior guard teammate Juan Varela accounted for four 3s apiece, the other by freshman Jodaiah Padilla. Magdalena made five, three from senior Jaxson Mirabal and two from his brother, sophomore Joren Mirabal, who had the team-high 18 points, four more than Jaxson, while senior Owens Olney added 11 and junior Kylee Julian 10.
The big surprise for Pecos was Juan Varela. He had a hot day with the game-high 18 points and was especially on target from 3-point range. He struck quickly with 10 first quarter points. Seniors Ismael Villeges, Xavier Padilla and Armijo were in foul trouble, but head coach Ira Harge, Jr. kept them out there and none fouled out. Villegas and Padilla had 15 points each and Armijo had a dozen. For Mescalero Apache, senior guard Mark Greenwood fouled out midway through the final quarter, but did not score.
The Steers had won 28 in a row, with the closest games coming on a pair of 21-point wins over neighboring 3A Socorro. But the Panthers had a stronger schedule that was mixed with 2A, 3A, 4A and 5A schools. They defeated 5A Clovis, 4A Pojoaque Valley, 4A Kirtland Central, and now their final challenge concluded the season with not a single unbeaten team.
Under Harge, Pecos has really been on a run since Padilla and Armijo were freshmen. It had a record of 83-7 for the three other state championship years, and this season ended at 28-1 with a 4-year total of 111 wins and only one defeat, an 8-point setback to 5A Santa Fe High in the semifinals of the annual Al Armendariz tournament played at Capital High, but the Panthers did win the annual Stu Clark tournament in Las Vegas, Nev., by getting past 4A Bernalillo in the final, and the Northern New Mexico Rio Grande, which was the first time Pecos played this season in a small-school tourney.
This championship game was close until the third quarter when the Panthers had a 24-10 advantage. From there they just stayed on top, opening up a 49-33 lead on freshman Padilla’s 3. Then it was 58-44 on one of Varela’s 3s, and with less than a minute left, a 3-point play by senior Padilla made it 63-49.
As for number five, that’s a thought, but first let the Pecos community celebrate this one. There will probably be the usual parade and school festivities.
Share

Previous Elmer Chavez steps in and pieces together the faltering 2A Mescalero Apache girls basketball program
Next Our God Who Is Flawless, Is On Our Side 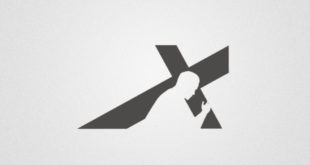 “Then Jesus told his disciples, “If anyone would come after me, let him deny himself …