Al Kaline was a legend on and off the field

He was unique, elite and a credit to the game of baseball. He was a legend on and off the field, and spent all of his 22 Major League seasons with the Detroit Tigers.

On Monday, “Mr. Tiger”, as he was affectionately known, passed away at the age 85 in his home in Michigan, sending a shock wave throughout the baseball community. He was popular in all phases of his career. In his first year of eligibility, he was elected into the Baseball Hall of Fame in 1980 on the first ballot. In 1955, he was the youngest player to win the American League batting title. He was an All-Star 15 times and won 10 Gold Gloves playing the outfield. Twice he led the league in outfield assists.
And there was a reason why he was Mr. Tiger. He was a first-class person, he was humble, he was kind and generous, always played hard, and was the type of guy that everybody could latch onto.
But since the day in 1953 when he came off the train at the age of 18 after being called up to the majors, he remained a Detroit Tiger, although his arrival at Briggs Stadium  couldn’t get him past the security guards.
In a 1999 documentary, the Baltimore native said that he had to finally convince them I was the guy who just signed a bonus contract for the enormous sum of $15,000, which was a lot back then. He said the security guards then laughed and walked him to the Detroit clubhouse.
A New York Yankee killer, the late Hall of Fame catcher Yogi Berra said that Kaline was a tough, tough out, adding that he had those quick wrists, bat quickness, took the ball right out of the catcher’s glove, and had a great eye at the plate. When he won the batting title, he was the first Tiger to do so since the great Ty Cobb in 1907. In 1973 he was named Man of the Year, an award established in memory of the late great Roberto Clemente.
In 1975, number 6 retired as one of the all-time great Tigers, being among Hall of Famers Cobb, Hank Greenberg, and Alan Trammel, and more recently Cy Young pitcher Justin Verlander. He announced his retirement after joining the 3,000 hit club, and finished with 3,007.
He was a quality outfielder, equally adept in left, right or center field. He got good jumps on the ball, possessed a strong throwing arm. He played at times with a deformed left foot, but never complained about it, and wasn’t a bad base runner, a smart base runner.
The 6-foot-1, 175-pound Kaline played in 2,834 games, had 10,116 at-bats, came up with 3,007 hits, scored 1,622 runs, produced 228 doubles, 75 triples, clouted 498 home runs, batted in 1,585 runs, averaged a .297 batting average, swiped 187 bases, walked 1,227 times, and struck out 1.026 times.
A prime example of Kaline’s modesty and values as a team player came when Detroit celebrated the 50th anniversary of its 1968 World Series championship. When asked what stood out for him, he didn’t mention any of his big hits despite going 11-for-29 with a pair of home runs and eight RBI in the Fall Classic, he gave some mention to the Tigers’ rally from a 3-1 series deficit to upset the St. Louis Cardinals for their first title since 1945, nothing else, and all that at the age of 83.
When Detroit chose to get the beloved Kaline into the lineup for its first World Series in nearly a quarter-century, the center fielder called time, and raced in to play shortstop so that Kaline wouldn’t have to play the unfamiliar first base. For this, “Mr. Tiger” displayed noting but gratitude and told the other player that as the capacity crowd provided a long ovation for No. 6.
Upon his retirement, he never left the Tigers as he sat behind a microphone as a broadcaster and was also an assistant to the general manager.
Where does Kaline rank among other baseball players who were great for the game on and off the field, you can include Stan Musial, you can include Ernie Banks, you can include Hank Aaron, you can include Willie Mays, you can include Willie McCovey, you can include Carl Yastremski, you can include Cal Ripken, you can ever include Yogi Berra.
RIP Albert William Kaline.
Share 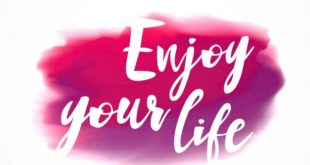 “So I recommend having fun, because there is nothing better for people in this world …