No full-contact practices to begin until further notice

There’s no actual confirmation that the Mid-American Conference belongs among the power conferences, but it does become the first Division I league to cancel its fall sports season due to the coronavirus pandemic.
Of course, the biggest hit comes to football, and the MAC does list itself as a power conference with the likes of defending champion Miami of Ohio, which defeated Central Michigan in last year’s championship game. Now the conference is giving thought to consider a spring campaign.
Said MAC Commissioner Jon Steinbrecher: “I won’t try to judge what other folks are doing. I know we’re all in the same place. They all have their advisers and they are going to make judgements based on the information they are receiving.”
Not long after the the Mid-American announced it would explore second-semester seasons for all fall sports, including soccer and volleyball, the Big Ten made its own announcement that appeared ominous giving the timing.
The Big Ten didn’t exactly close down its fall sports season, but it did put the brakes on its schools that regarded football, which it posted that until further notice full contact practices cannot begin. All teams will remain in the first two days of what is known as the “acclimatization period”, working out in only helmets. The first league games of the campaign are scheduled for Sept. 5.
As the Big Ten also has stated, it will continue to possible evaluate daily for the health, safety and wellness of its student-athletes.
As for the MAC, its schools were facing a significant financial burden by attempting to maintain costly COVID-19 protocols, while also dealing with the uncertainly that campuses can be opened safely. A move to the spring, though, might also be a budget-buster, and if it means less revenue from the ESPN deal that pays each college about $1 million per year, and football ticket  sales.
The MAC also shares about $90 million per year in college football playoff money with four other conferences. Its decision is to shut down only fall sports for 2020, and does not effect second-semester sports such as baseball, softball and lacrosse.
Otherwise, nine of 13 conferences that play in the Championship Subdivision have postponed fall football seasons. The first was the IVY League in early July.
But the MId-American’s plans also make it the first conference to limit fan access to its basketball tournament in March as concerns for the virus began to soar across the country. On March 12, it was among many conferences to call off its tournament hours before the NCAA cancelled all of its March Madness.
Now there are no 75,000-seat stadiums in the MAC. Million-dollar-per-year coaches are rare. in a typical season, NFL scouts might find one or two potential first-round draft picks playing at the dozen MAC schools that dot the Midwest. The MAC’s biggest games are often played on Tuesday and Wednesday nights, and its TV deal with ESPN pays per year only a few million
more than the $9 million Clemson pays its head coach Dabo Swinney.
Still, the Mid-American is one of 10 conferences that competes in the NCAA’s highest level of football, and on Saturday it became the first of those to surrender to the coronavirus pandemic. But it also has a small budget.
Now it will be a question of who follows up, which conference will make postponements?
Northern Illinois Athletic Director Sean Frazier it wouldn’t shock him if some others followed suit, in fact adding it would shock him if some didn’t, because there’s certainly a narrative out there that could happen.
Ditto for Eastern Michigan Athletic Director Scott Wetherbee.
“Yes,” he said, “certainly you can expect other conferences to do the same. It’s difficult to avoid it, but hopefully this virus will come up with vaccines that slow it down or even end it.”
Share 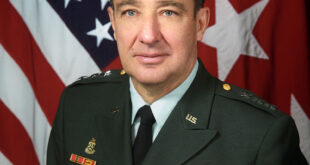