Once again towering Anthony Davis bailed top-seeded Los Angeles Lakers out and they now stand within within two games of landing in the National Basketball Association finals for the first time in a decade.
In game one of the Western Conference finals against the comeback kids from the 3rd-seeded Denver Nuggets, the 7-foot Davis turned in the game-high 37 points, brought down 11 rebounds, handed out six assists and blocked three shots. It was a game in which Denver led early and LA soared in the fourth quarter for a 5-point victory at the ESPN Wide World of Sports Complex in Lake Buena VIsta, Fla.
Sunday night, David had another awesome game, but saved the best for last. After Nuggers’ 7-foot standout Nikola Jokic scored on a hook shot with time running down, the Lakers called time out and took the ball out from under their basket with 3 seconds left in regulation. Rajon Rondo, who led Los Angeles with nine assists, got off his key pass of the contest when he whipped the ball to Davis at the wing, and who stepped back to launch his 3-pointer for a 105-103 buzzer-beater nail-biter.
It was a well-played tight game, the Lakers on a mission to win their first championships since defeating the Boston Celtics in 2010 and dedicating it to the late Kobe Bryant, the star of the 2010 team and other Laker champions. As for Denver, it is coming off back-to-back victories when down 3-1 in the conference quarterfinals to the Utah Jazz and to the Los Angeles Clippers in the conference semifinals. Now it has an even tougher chore, having to win three or four straight to survive.
Davis even scrubbed the boards for nine rebounds and handed out a pair of assists. He also played well on the defensive end, especially inside. But Jokic, equally adept at outside shooting and driving to the basket, had a tip-top game with the team-best 30 points, six rebounds and the team-high nine assists. The other half of the one-two punch, 6-4 Jamal Murray, added 25 points, six boards and four assists. Paul Milsaps had the team-high eight rebounds.
James didn’t think he had a good second half, but there was nothing wrong with his totals. He scored 26 points, had the team-high 11 rebounds, and was good for four assists in 36 minutes, three less than Davis.
The Lakers out more rebounds, 44-31, more assists, 23-22, more blocks, 7-4, less turnovers, 23-19, less steals, 12-9. while shooting 44.6 from the floor and 94.7 from the foul line, and made 9-of-31 from the 3 while the Nuggets were good for 11-of-41. In field goals, Denver had a 47.3 percentage and 75.8 from the charity.
In the Eastern Conference finals, the Miami Heat and Boston Celtics play game four Wednesday night, with the Heat up 2-1 in games.
Share 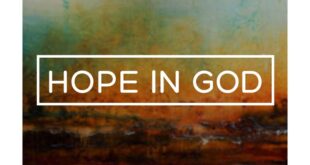 “Blessed is the man who trusts in the LORD, and whose hope is the LORD.” …