Call it the surge of the 3rd-seeded Boston Celtics and 5th-seeded Miami Heat in the restarted shortened National Basketball Association’s Eastern Conference playoffs, and in the Western Conference, the 3rd-seeded Denver Nuggets continue to hang around.
Facing elimination in the conference semifinals Friday night, Denver survived that by surprising the 2nd-seeded Los Angeles Clippers, 111-105, at the ESPN Wide World of Sports Complex in Lake Buena Vista, Fla., and getting within 3-2 in the best-of-7 series. It’s expected to be an all-Los Angeles conference final, but first the Clippers have to get past the pesky Nuggets and the top-seeded Lakers past the 4th-seeded Houston Rockets.
But in the East, the final is set, with the Celtics ousting the defending champion Toronto Raptors, 92-87, Friday night, and making it to the finals against the 5th-seeded Miami Heat, which previously stunned the overall top-seeded Milwaukee Bucks in seven games. This points to the parity in the NBA .
Boston, led by the one-two combo of Jayson Tatum and Jaylen Brown, did not have it easy, with each game close and some going down to the final buzzer. This time, it was Tatum turning in a game-high 29 points, taking down a dozen rebounds and handing out the team-high seven assists. Brown added 21 points and grabbed eight rebounds. And they got help from Kemba Walker and Marcus Smart, with both playing 44 minutes.
“If you want to achieve something great,” the 6-foot-9 Tatum said, “if you want to win, it’s not going to be easy, and that’s what we’re here for.”
Toronto led 27-26 after one quarter, but Boston held a 50-46 halftime lead and a slim 72-71 advantage after three quarters. Then the Celtics scored the first seven points of the fourth quarter to take an eight-point lead, and they maintained it to the final buzzer. It was the sixth consecutive game 7 decided by five points or less, except this time the Raptors were hampered by their 18 turnovers that Boston turned into 31 points.
Boston made good on 9-of-38 3s. had five shot blocks,came up with a dozen steals, both teams m  were credited with 44 rebounds, and Tatum hit on 10-of-17 attempts from the floor and included 4-of-8 3-pointers.
With time ticking down in the final quarter, Toronto trialed by three when its back court star Kyle Lowry fouled out. The Celts converted a pair of free throws, the lead was five, and they kept the Raptors from scoring.
Said an emotional Lowry: “Man, it was a tough game to lose, but they won, tip your hats to them,and now they take on Miami with a chance to get to the championship.”
Lowry turned in 18 points and dished off five assists, with teammate Fred VanVleef having the team-high 20 points and having a team-high six assists. Former New Mexico State University standout Pascal Siakam had the team-best 11 boards to go with 13 points and three assists. Toronto added six blocks, had one steal, shot 89.5 from the foul line, and made good on 8-of-28 freebies. But the turnovers hurt the most.
Boston and Miami play game one on Tuesday.
As for Denver, desperate times bring out its best. Instead of being ousted, it forced a game six and is behind 3-2 in the series. It was Paul Milsap scoring 14 of his 17 points in the third quarter, but the Nuggets still trailed 80-73, but their 38-25 advantage in the fourth quarter brought the victory after they fell behind by 15 in the second half.
But Denver caught up, and a late 3 from Michael Porter, Jr., brought the lead. This marked the Nuggets fourth elimination game in the postseason, but they never quit each time.
“Everybody continues to count us out,” said Denver head coach Michael Malone, “and that’s the way we like it.”
The Clippers Paul George added that the Nuggets played like the season was on the line, that they had that approach and were out there flying around and played hard. Plus, they made timely baskets they needed.
Each team had five blocks, Denver had a 44-41 rebounding edge, had seven steals, 20 assists, shot 48.1 percent from the floor, and committed 11 turnovers. For the Clippers, it was Kawhi Leonard with the game-high 36 points and nine rebounds, while George contributed 26 points, took down six rebounds, and had the game-high six assists. Ivica Zubac came down with the team-high nine boards. The team had six steals, nine turnovers, shot 42 percent from the field and handed out 22 assists.
Game six will be played Sunday morning, with 11 o’clock the scheduled tip-off. The Lakers and Rockets play tonight with a 6 o’clock scheduled start.
Share 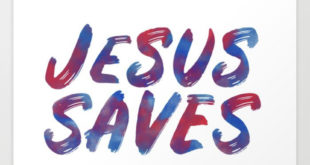 “For You have delivered my soul from death, My eyes from tears, And my feet from falling. I …