It was win or else pack up and call it a season for the Houston Astros in this tight best-of-seven American League Championship Series, and they responded to hold off the top-seeded Tampa Bay Rays, 4-3, Wednesday and trim the gap to 3-1 at Petco Park in San DIego, with Houston facing another must-win in game five tonight.
Here, Houston, as it did n two of the first three games, came away with an early lead, this time on first-inning solo home run off the bat of Joey Atueve, then followed with a 2-run shot from George Springer in the fourth frame. It was 4-1 when Tampa Bay cut the lead to 4-2 in the top of the fourth in a game in which Houston served as the home team.
That lead held up until the Rays made a closing bid in the ninth. Right handed reliever Jorge Javier had pitched two sold innings and Houston manager Dusty Baker left him in to start the ninth. But after a lead-off, full count walk to Joey Arozarena, Baker brought in Alex Pressley, who immediately gave up a run-scoring double to Willy Adamis, but Pressley then got the next batter to fly to short right and struck out Brad Lowe to end things.
Fortunately for Baker he had veteran hurler Zack Gremke. He doesn’t have his other leading pitcher, Verlander, after he had Tommy John surgery, but was able to take Gremke off the injury list and his shoulder appeared fine. He went the first six innings, struck out seven, walked one, gave up one and allowed but one hit. Then the relievers took over and did fine until the challenging ninth inning.
Alec Glascow, one of the leading Tampa Bay starters, didn’t have his best on this night. He worked the first six innings, gave up the four runs on seven hits, whipped five and issued a pair of walks. For the Rays, Arozarena belted a solo home run in the fourth to continue his hot playoff run with his bat. Pressley got the save and Glascow the loss in the 3-hour, eight-minute game.
Share 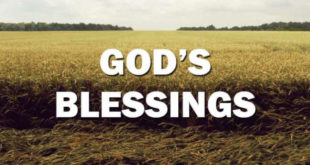