Home / News / Those were the days

Those were the days

Those were the days, three Major League Baseball teams in New York City, the Yankees in the Bronx, the Giants in Upper Manhattan, the Dodgers in Brooklyn.
I was born and raised in the borough of Kings, namely Brooklyn, and I had no true rooting interest until 18-year-old rookie phenom Willie Mays arrived at the Polo Grounds, No. 24, the centerfielder with the flare for defense, the strong arm, the speed, and a big booming bat. But while my friends were all Dodger die-hards, I had to wait two years until Mays returned from the military service.
And in 1954, it began, the Giants versus the Dodgers. Mays clouded 41 home runs, drove home 110, stole 22 bases, and his fielding percentage was an impressive .985. He was the National League Most Valuable Player and was the instant spark who brought the Giants the pennant and World Series, sweeping the Cleveland Indians in four behind the bat of Dusty Rhodes and which included the unforgettable, unbelievable back-to-the-field, over-the-head grab of Vic Wertz’ boomer shot to deep center, then fired to first to keep the runner there.
The Dodgers finished five games behind, the Giants were 98-55, the sometimes called “Bums,” were 93-50, and the team from the ancient, worn-down Polo Grounds, across the short bridge from Yankee Stadium, swept the American League champion Indians in four.
The Dodgers, still smarting from the insurmountable 13 and one-half game lead they blew over the Giants capped by Bobby Thomson’s “Shot heard round the world” in the deciding game three of the 1951 playoffs forced by the Giants, were ready to do their part as 1955 approached.
And they did. They bolted away to a 12-2 start, maintained first place for 134 games, and handily kept the Giants behind them, winning the pennant by 16 games, and then turning back the perennial power Yankees in seven games. Southpaw Johnny Podres was their savior, pitching a pair of complete game victories and capped by his stellar effort in game seven. This was the first time they defeated the Bronx Bombers in nine previous Fall Classics.
Yes, the Giants were second-best and the Dodgers had one of their best-ever seasons with probably their best-ever lineup. Seven Hall of Famers, catcher Roy Campanella, second baseman Jackie Robinson, shortstop Pee Wee Reese, centerfielder Duke Snider, future selections to Cooperstown in Tommy Lasorda and Dick Williams, as well as Sandy Koufax, who did not win a game until the move to the Los Angeles Coliseum followed by the rise of the new stadium in Chavez Ravine.
It was a complete team effort. Campy was rather short and plump, but was quick around the play, had a strong arm to cut down base-stealers, and was equally adept at hitting the long ball, the short ball, and knocking in runs. Robby was the soft-spoken leader who switched to second base after Gil Hodges became the first baseman so that Campanella could be behind the plate. Those were the moves made by manager Walt Alston.
At short was Pee Wee, the team captain who ranged far in the field, took the extra base, and hit in clutch times to deliver the all-purpose game. Snider was the other centerfielder with Mays and the Yankees’ Mickey Mantle. He was a quality outfielder, threw well, and swung a big bat.
Carl Furillo was the right-fielder with the big arm, often cutting down base-runners trying to take the extra base, and he was also reliable at the plate. Now Gil Hodges, later to become the manager of the amazin’ 1969 New York Mets, not being in the Hall of Fame, is certainly a mystery similar to Roger Maris being left out. Hodges was a stellar addition at first base with his big stretch, smartness, and bat that was at the time one of the game’s top righty hitters. Go figure.
Reserves, this team had plenty that could start for other teams. There was infielder Jim (Junior) Gilliam, infielder Don Hoak, outfielder George Shuba, who watched the Thomson home run soar over his head in that 1951 playoff, outfielder Sandy Amoros, third baseman Billy Cox, who was a fancy-fielder and reliable hitter, plus infielder Dick Williams, and back-up catcher Rube Walker.
And a pitching staff that highlighted Don Newcombe, Carl Erskine, Clem Labine, Billy Loes, Preacher Roe, Joe Black, the franchise’s first African-American, Koufax, who struggled with his control than, crafty young southpaw Karl Spooner.
Snider had a big year. He hit 40 home runs, a co-team-high 130 RBI, and added 10 triples, also a team high. Reese contributed 35 doubles to go with eight three-baggers. Gilliam also came up with eight triples and Campanella clouted 19 homers and throw out 25 of 38 base-stealers.
But Hodges, forgotten as he may, had yet another super season. He had the team-high 42 home runs, the co-team-high of 130 ribbies, scored 106 runs, banged out 23 doubles and five triples. He then did an amazing job with the Shea Stadium tenants upon taking over in 1967. Again, go figure. His wife, Joan, still resides in the home they had to nearby Ebbets Field.
Lasorda is still around, but has reached the age in which he’s far from his days with Dodger blue. Williams later managed the Oakland Athletics, and Campanella never played after the team relocated, having a nasty accident on an icy bridge after the 1957 season while driving to his home in St. Albans, Queens. and he was paralyzed from the waist down and spent the rest of his life in a wheelchair.
It was a team to remember, no doubt the favorite of the Ebbets Field supporters, and always brought to mind when the franchise that lived with numerous different Brooklyn nicknames before the trollies that passed trough Ebbets Field uncovered the forever name “Dodgers.”
Share

Previous COVID-19: General considerations for Halloween
Next God encouraging word of the day 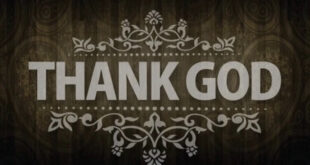