The United States Navy stands tall as the largest fleet in the world. Georgetown University is known as a men’s basketball power now coached by Patrick Ewing, who powered it to the national championship in the 1985-86 season.
Now if you piece that together, it didn’t look like it would be much of a basketball game when the Midshipmen arrived at the Hoyas’ McDonough Arena Tuesday night after being literally tossed overboard, 82-52, by Maryland Saturday. Georgetown had the reputation, the size, the home court, and its former star center to coach it.
But all these Hoya pluses couldn’t stop Navy as it pulled up anchor and bounced back to stun Georgetown, 78-71. There were very few fans in the stands, and maybe the home side missed them as it began slowly, could never shake the aroused visitors, could not bank on its height advantage, committed 13 turnovers and shot 41.7 from the field.
Said a disappointed Ewing: “We just couldn’t guard them, that’s it, and we especially had trouble guarding Davis. We have to do a better job if we want to be good. Tonight, we just were able to do it.”
Davis, a 6-foot senior guard, was the main man as Navy responded with its third win in four starts. He turned in the game-high 28 points on 10-of-15 shooting from the floor. He played with reckless abandon, came away with half of his team’s eight steals and handed out four assists.
Then there was 6-3 junior swingman John Carter, Jr., who added 20 points, had the team-high eight rebounds and dished out three assists.
Midshipmen head coach Ed DeChillas was of course happy with the win, but also overjoyed to see his team bounce back after being routed by Maryland. This is his 10th year at the Navy Academy and 25th overall as a basketball coach.
“This was a dandy way to bounce back,” he said. “This is Georgetown, a very good program, always up there with the best, and my guys just put together a good game. We stayed with them, got behind, then came from behind, and played well enough in the final minutes to secure this win.”
The Hoyas started slow, fell behind early by committing four turnovers, missing their first five shots, and Ewing, so upset he called two timeouts in the first five minutes. Down 17-11, his team did battle back to grab its first lead at 24-22, but Navy wasn’t going away as it forced six first-half ties on hustle and team play, and held a 29-26 halftime lead on the way to hand Georgetown its first loss in two starts.
“We knew in the second half we couldn’t let down, we knew we had to keep playing our game,” said Davis, who fits in just right after playing high school ball at Kickapor in Battlefield, Mo. “We were also fortunate to recover from the massive loss to Maryland, a very good team on a day that we just didn’t have it.”
But despite the Hoyas’ size advantage of a pair of 7-footers, one at 6-11, one at 6-10, and two at 6-9, the Midshipmen matched Georgetown with both bringing down 29 boards. Navy was taller than in other years with five players standing 6-7 and two at 6-6, but it surprisingly held its own, with 6-8 senior Alec Loehr grabbing six and Davis four. Carter also was sharp from the start, scoring 17 points on four 3s, and his team shot 50.1 percent from the field.
For the Hoyas, 6-4 senior guard Jahvon Blair had the team-high 17 points to go with five rebounds and three assists, but he also had four turnovers. Then there 6-9 senior forward tossing in 17 points on 7-for-12 shooting from the field, while 6-11 sophomore center Qudos Wahab added 16 points and seven rebounds, and 6-5 senior swingman Donald Carey had the most boards, nine.
Oh, and the Army team out of West Point, is 3-0. Does it play Navy? Sure does.
In other surprises over the weekend, Richmond handed then 7th-ranked Kentucky a 76-64 whooping to crack the top-25 as No. 20. Tuesday, 7th-ranked Kansas also turned on the Wildcats, 65-62, and Kentucky dropped to No.1, while Virginia Tech vaulted into the rankings by downing then 3rd-ranked Villanova, 67-66, and Tuesday night it was 8th-ranked Michigan State getting past 6th-ranked Duke,75-69, on the road and the unfamiliar sight of few Blue Devils fans in the stands.
Today, it’s Illinois, undefeated in three starts and ranked as high as fifth for the first time since playing in the NCAA final in the 2002-03 season, and will face also-unbeaten, 2-0 Baylor, while No. 14 North Carolina (3-0) takes on 3-0 Texas, the No. 17th ranked, and on Saturday at 3-0 and 24th-ranked Rutgers, comes Michigan State in Big Ten action.
As for Army, it figures to have a tough task when it next plays at Florida, which would be the opener for the Gators. Meanwhile, St. John’s is 4-0 and unranked after winning, 97-93, at Boston College, and TCU is also unranked at 3-0 following a 56-52 close one over Liberty.
Share 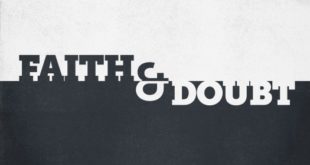