Can the Super Bowl champion Kansas City Chiefs win without their elite quarterback Patrick Mahomes? Sure they can, just send in rarely used back-up Chad Henne after Mahomes left the game on a big hit that sent him to the locker room with a possible concussion.
And is was Henne who showed the way to the 22-17 win for No. 1 seeded KC and overcame the challenge of the 6th-seeded Cleveland Browns Saturday in the division playoff at the Chiefs’ Arrowhead Stadium before a limited attendance of some 9,000.
There was controversy in the hard-hitting tilt, there was a never-say-die comeback engineered by Cleveland quarterback Baker Mayfield that felt short, and there was Henne who saved the day and kept the fired-up Browns from having one more possession.
When Mahomes exited, Kansas City head coach Andy Reid quickly had Henne grabbing his helmet and warming up. Then came the two big plays Henne made after falling a yard short on a third-and-8 run. The play was reviewed, stood, and Henne then lined up on fourth and one, either with an intention of going for it or getting Cleveland to jump offside. He fooled everybody, sending a short pass to Kekce for the first down. The Browns then used their final time out and Henne took three knees and it was all over for Cleveland, and now has the 2nd-seeded Buffalo Bills playing next weekend in Kansas City.
Henne completed 6 of 8 passes for 66 yards and rushed twice for a dozen yards, but his biggest play became the game-winner. Mahomes had thrown for 21-of-30 completions for 225 yards and a touchdown. The KC running game was led by Darrell Williams gaining 78 yards on 13 carries, while Nick Chubb picked up 69 yards on 13 tugs for Cleveland. Mayfield was good for 196 yards on 23 of 37 attempts.
With 9:34 to go in the third quarter, the former Heisman Trophy winner out of Oklahoma took his team 77 yards on eight plays over 4:38, and capped it with a 4-yard touchdown toss to Jarvis Landry. The point-after was good and it trimmed the gap to 19-10. But soon after, Kansas City upped the lead to 22-10 on a field goal. In the fourth quarter. it became 22-17 when Mayfield paved the way to a lengthy 18-play, 75-yard drive that sent Lamar Hunt carrying into the end zone on a 3-yard run with 8:17 remaining.
The controversy occurred late in the first half when it appeared that Mayfield had found Rashard Higgins with a TD throw into the end zone. But when Higgins tried to grip the pass, in came Chiefs safety Daniel Sorenson on what looked like a helmet to helmet hit on Higgins, who then fumbled the ball out of the end zone. It looked like Sorenson had lowered his head and led with his crown and initiated contact.
But no review followed, it was ruled a touchback and Kansas City took over at its own 20, and with one second left in the half, booted a field goal to up the lead to 19-3 and cost Cleveland a touchdown that would have amounted to a close game at intermission. It would have been a first and goal for the Browns, but instead the call went to the home side before a turnout that looked on in 40 degrees.
About all of the game statistics went to the Chiefs. They had a 31:06-29:04 advantage in possessions, more first downs, 24-21, more total yards, 430-308, more passing yards, 315-196, more rushing yards,123-112, total plays, 63-60, more penalties, 7-3,  less turnovers, 2-1, and more yards per play, 7.0-5.1.
No further word was provided after Mahomes left for tests in the locker room. He never returned, but now the Chiefs know they have someone like Henne if Mahomes can’t go against Buffalo, which gained the conference final by disposing of the favored, visiting, 5th-seeded Baltimore Ravens, 17-3. Kansas City upped its record to 15-2 and the Browns finished one of their better seasons at 12-6, while Buffalo, whose last Super Bowl was in 1994, is now 15-3.
Share 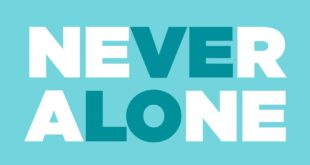