Day one of the shortened, smaller field state basketball tournament Monday gives way to Tuesday’s second day with just a few surprises, some previously undefeated teams eliminated, and a day of games played at the higher seeds or at neutral sites.
Today, it’s 4A and 5A taking the court, with Santa Fe area schools absent from 5A girls, but the 8th-seeded Demons boys (9-3) will play at top-seeded Rio Rancho Cleveland (11-1) in 5A, and in 4A the 4th-seeded Espanola Valley boys (8-3) will play host to 5th-seeded Kirtland Central (10-1).
In the girls 4A, Espanola (10-1) is also there as the 2nd seed and home to 7th-seeded Albuquerque St. Pius X (7-2).
Monday’s toughest loss might have been 5th-seeded at-large St. Michael’s 43-42 nail-bitter at 4th-seeded Albuquerque Sandia Prep in 3A. And in 2A, 8th-seeded Monte del Sol took the trip to No. 1 seed Gallup Rehoboth Christian and left with a 45-32 setback.
And so both the Horsemen and Dragons finished at 7-3.
But also in 2A, Pecos remained unbeaten at home, with its top-seeded girls now undefeated in a dozen games by rolling over 8th seed Rehoboth Christian, 54-27, and the 3rd-seeded boys turning back 6th-seeded and previously unbeaten Escalante, 73-57.
So now the Panthers boys and girls advance to Wednesday’s semifinals, with the boys (11-3) having to face another undefeated team in 2nd-seeded Jal (13-0), which ousted 7th-seeded Texico, 47-40, and the girls also face another unbeaten in Tatum (10-), which won a 2-0 forfeit over 4th-seeded Escalante.
In 2A, Academy of Technology and The Classics unblemished record ended at 12-1with the 52-37 defeat to 2nd-seeded Lordsburg played at Hatch Valley. But in a surprise, down went 3rd-seeded Mescalero Apache, 46-38, against 6th-seeded Clayton (7-3) from Pecos’ district.
No surprises in girls 1A when the top seeds all won, and the same in 1A boys.
In 3A, it was a sweep for Robertson, with the unbeaten boys now 13-0 by disposing of 8th-seeded, visiting Cobre, 64-46, and the 6th-seeded girls visiting 3rd-seeded, undefeated Dexter and departing with a 80-53 rout.
So the Cardinals boys and girls have made it to Wednesday’s semis, with the facing Sandia Prep and the girls surprisingly meeting up with 7th-seeded Tohatchi, which stunned 2nd-seeded West Las Vegas of Robertson’s District 2, 61-50. The Dons had won the district and the Cards (9-4) were the runner-up.
It was a hard-breaker for, St. Michael’s as it went back-and-forth with the Sundevils, inched ahead in the overtime, and fell short by a measly one point. It was a tough way to end the campaign.
Monte del Sol boys, which won District 2, had a awful time making baskets, with some draughts putting their shooting under 20 percent, but they did play some good defense in holding high-scoring Rehoboth to only 45 points.
“We were so cold from the floor,” said Dragons’ head coach Ralph Casaus, “that you would think it was winter.”
In 5A girls, undefeated Hobbs (10-0) is the top seed, and also unbeaten Albuquerque Volcano Vista (10-0) is the 2nd seed. In 4A, Portales (9-1) is the No. 1 seed.
As for the boys in 5A, Roswell (9-2) is the 2nd seed. In 4A, the top seed is Albuquerque Del Norte (9-1) and the No. 2 seed is Artesia (9-3). Today’s winners play in Thursday’s semifinals.
Share

Previous Fishing Report
Next Gods encouraging word of the day 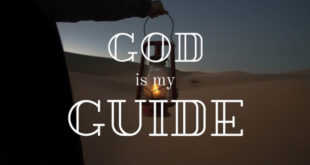