Home / News / It was a victorious Saturday for the boys basketball teams of Santa Fe High, St. Michael’s and Santa Fe Indian School

It was a victorious Saturday for the boys basketball teams of Santa Fe High, St. Michael’s and Santa Fe Indian School

Santa Fe High, St. Michael’s and Santa Fe Indian School all emerged with boys non-district wins Saturday.
The Demons improved to 12-2 overall by turning back the visitors from Clovis, 61-47, and dropping the Wildcats to a dismal 2-12.
At St. Michael’s, the Horsemen won for the second straight time, following up the previous win over Crownpoint by getting past Albuquerque Bosque School, 78-64, in the final day of the St. Michael’s 3-day tournament that put an end to the program’s 11-game losing skein. Bosque fell to only its second loss in eight starts.
Santa Fe Indian hit the road for Estancia and knocked the home team out of the unbeaten ranks via a tight 66-64 triumph, while the Braves won for the seventh time in a dozen starts.
At Pecos, it was Panthers versus Panthers, with Pecos having no problem overwhelming Penasco, 72-45, and improving to 8-4 while Penasco’s mark dropped to 5-7.
In Los Alamos, the Hilltoppers had a tough time on its home court before getting past Artesia, 46-44, and upping their record to 8-5 while the Bulldogs evened its mark to 7-7.
Santa Fe Prep traveled to Roswell Goddard and returned with a 55-40 setback and falling to 5-4 as Goddard became 6-8.
West Las Vegas bused to Thoreau and came away with a dominating 74-54 victory and bringing its record 7-4 while Thoreau stayed over .500 at 7-6.
Pojoaque Valley fell short against visiting Lovington, 77-72, and saw its mark fall to 5-10 and the Wildcats up their ledger to 11-3.
At Taos, the Tigers are now 10-4 after dominating Tatum, 61-16 and dropping Tatum to 5-8.
Share 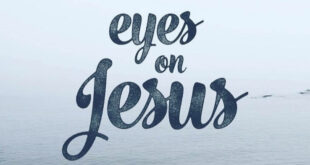