KSWV Radio will feature a special radio segment of Health Para Todos on Friday March 17, 2017 at 8:05am which will raise awareness to the dangers of drinking and driving and to remember those students who were victim of DWI.

The radio segment was recorded on Thursday March 8, 2017 at the State Capital during the 8th Annual March of Sorrow / March of Hope. According to the Santa Fe Prevention Alliance, “Over the past year, the New Mexico Department of Transportation has reported an increase in DWI-related deaths. In 2015, there were 120 alcohol-involved fatalities. There were 166 DWI deaths in 2016, of which 60 were individuals under the age of 21. This is our State’s story of sorrow. What is hopeful, however, are the youth in our communities who recognize these deaths as 100% preventable and who are committed to raising awareness among their peers and state lawmakers.” Health Para Todos is hosted by Dr. Arturo Gonzales and Larry Martinez, and received the prestigious 2016 Talk Show of The Year by the New Mexico Broadcasters Association. KSWV Radio can be heard on 99.9 FM 810 AM, online at QueSuaveRadio.com and with the KSWV Radio Mobile App available in the iTunes and Google Play store. 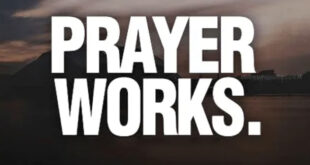