Dr. Veronica C. Garcia, Superintendent of Schools, stated, “Mr. Scarola is a proven leader who will work with the teachers to continue to provide our community the International Baccalaureate educational option while ensuring the fidelity and success of the program.”

Ahlum Scarola has taught in both public and private schools, was the assistant principal at Agua Fria (now El Camino Real Academy), and has been the principal at Acequia Madre Elementary for the last three plus years.  Mr. Scarola was born in 1974 in upstate New York, but grew up in Eugene, Oregon.  His path to becoming an educator began by attending an International Baccalaureate High School.  He eventually received a Master in the Art of Teaching (MAT) from the Graduate School of Education at Lewis and Clark College.  After teaching in Oregon for several years, Ahlum and his wife relocated to Santa Fe – where they have remained for the past 10 years.  He is married and has two children (ages 6 and 10.)

Mr. Scarola stated, “I am excited to join the Mandela team, and I feel fortunate for the opportunity to be part of the next phase in the school’s growth.”

Dr. Garcia added, “I thank Mr. Scarola for his work at Acequia Madre, and I am confident Sherry Coopwood will be able to ensure the school moves forward with the same level of success.  She has several years of experience as a principal and knows the community well. Additionally, in a similar situation last year at Cesar Chavez Elementary, she successfully steered the ship. I thank her for bringing her wealth of knowledge and experience to SFPS.”

Sherry Coopwood began her career in education teaching home economics in Dallas, Texas. She also served as a counselor at the Santa Fe Indian School, an assistant principal at Santa Fe High, and a principal at Alameda Middle School during a lengthy career. Additionally, she served as the interim principal at Cesar Chavez Elementary School during the Spring of 2017.  Ms. Coopwood earned her Home Economics B.S. at the Abilene Christian University in Abilene, TX, her M.Ed. in Counseling at the University of Houston in Houston, TX, and her Administrative Licensure at the University of New Mexico in Albuquerque, NM. She has two daughters who are graduates of SFPS and the University of New Mexico, as well as four grandsons who live, study, and run in Phoenix, AZ.

Ms. Coopwood stated, “I am delighted to serve the Acequia Madre community for the next semester. Together with students, staff, and parents we will maintain the high quality of education and plan for the next year. I thank SFPS and Dr. Garcia for giving me this opportunity.” 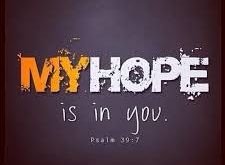