COVID-19 Updates
Home / News / Twas not yet Christmas, but it was a weekend for hoops, with tournaments and non-district games filling the basketball courts

Twas not yet Christmas, but it was a weekend for hoops, with tournaments and non-district games filling the basketball courts

St. Michael’s boys were shorthanded, even their head coach wasn’t around, although David Rodriguez did show up before Saturday’s 84-32 romp over Socorro in a non-district basketball at the Horsemen’s court.

To start with Rodriguez, he had missed more of the week while taking part in a school retreat in Pecos, and when he showed up, it didn’t much to chalk up this win, and St. Michael’s is now 5-1 overall.

But Socorro was routed and its record dropped to 4-2. The Warriors had 7-2 lead in the opening minutes, but it didn’t last long. The Horsemen responded by applying their pressure defense that led to turnovers, 22 in fact in the first half.

And St. Michael’s was filling up its scorebooks  by bolting to a 51-22 lead, and its defense brought 33 turnovers in all.

Meanwhile, freshmen Devin Flores and Lucas Cortiz were in Bernalillo for a junior varsity tournament. So when Rodriguez arrived, he counted nine Horsemen. One of whom was senior Derek McQuiston, who played a varsity game for the first time this season after missing three weeks with an injured back.

It was a good night in all phases of the game for the home team. It came away with 20 steals, made 37-of-60 from the floor, and most of the buckets came from under or near the Horsemen basket.

Their next stop will be more of a threat when Rodriguez meets up with Santa Fe High Friday at Toby Roybal Memorial gymnasium where he had been the head boys coach. Before that, St. Michael’s plays East Mountain Monday. The Demons were 7-0 before they lost to Rio Rancho.

It was for the Horsemen a good night despite the loss of players.

In another non-district contest, Pecos’ girls turned back Pojoaque Valley, 70-48, with the Panthers now 4-2 overall and the Elks 3-6.

The Sundevils are now 5-4 and led most of the way. In the game for third place, Las Cruces got past Espanola, 42-38. And in the contest for fifth place, Miyamura defeated host Moriarty, 56-27.

Artesia came to shoot hoops, but spent enough time in this area to include checking out the site. On the court, the Bulldog girls rolled over Albuquerque Academy, 69-34, took a 63-58 loss at Los Alamos, and defeated St. Michael’s, 59-43. Then there was 4-time state champion Hope Christian, still with a losing record via the 54-27 setback to Mayfield.

In boy’s play, Albuquerque La Cueva was stunned by Albuquerque Del Norte, 63-57, and Roswell won a tough one over Espanola, 94-87. The Artesia boys also came to play basketball and edged Del Norte, 62-59.

St. Michael’s (5-1) boys prepare for Friday’s non-district game at Santa Fe High by getting a visit tonight from East Mountain (2-4). The Demons lone loss came against Rio Rancho, and they are 7-1. 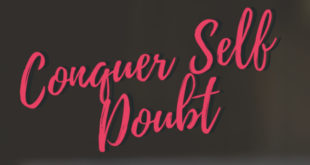