Fire managers on the Coyote Ranger District of the Santa Fe National Forest (SFNF) are concerned about a rash of fires that posed a potential threat to homes in the wildland urban interface (WUI). The cause of the fires is under investigation.

Since Oct. 31, firefighters have responded to three fires on the Coyote District:

Fire managers said these fire starts are outside the normal fire season. Early detection and timely response by Coyote District fire personnel kept all three fires small, but dry conditions and low fuel moistures could have led to a much bigger problem. As more homes are built in the WUI adjacent to public lands that are naturally prone to wildfire, the risk to property is high.

The Coyote Ranger District asks the public to report smoke immediately by calling 911. 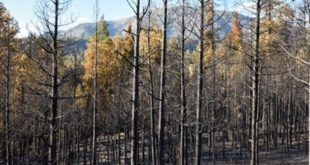