Home / Sports News / Girl’s wrestling teams in New Mexico will be on the mats this season, with 63 schools hoping for enough turnouts to complete rosters and put together schedules, and this includes Santa Fe High, Capital, St. Michael’s, and Pecos

Girl’s wrestling teams in New Mexico will be on the mats this season, with 63 schools hoping for enough turnouts to complete rosters and put together schedules, and this includes Santa Fe High, Capital, St. Michael’s, and Pecos

Just to advise you that girl’s wrestling had been added to New Mexico’s activities list, but has yet to appear on the websites of the 63 schools listed. All that’s known is that there are two districts, 1 and 2, from 1A-5A, and that Santa Fe High School, Capital, St. Michael’s, and Pecos are giving it a try.

But so far, no rosters, no schedules, no known coaches, only the above information provided by the New Mexico Activities Association.
But the boys are set to take to the mats this week, and that includes Capital, Santa Fe High, and St. Michael’s from this area.
Leading off Tuesday will be Santa Fe at Los Alamos with a 4 p.m. start.
On Wednesday, Los Alamos has a match at Capital that is also scheduled to begin at 4 p.m.
On Thursday, Roswell grapples at Santa Fe High, and St. Michael’s and West Las Vegas at the tri-meet at Tucumcari, also at 4.
Wednesday, Los Alamos heads down to Capital for a 4 o’clock start.
Friday, it’s the Jaguars at Miyamura, and that’s scheduled for 11 a.m.
While on Saturday, the Demons travel to Bloomfield and that’s slated to begin at 5 p.m.
And when the girl’s rosters and schedules and coaches are announced, hopefully there will be complete teams. As of now, Rio Rancho Cleveland Athletic Director Matt Martinez reports that the Storm has only three coming out at this time. Other schools probably have the same dilemma, but when something is new, this can be expected, especially when it involves the other gender.
The Phoenix girls and boys in what could be called a doubleheader at Mesa Vista Saturday, the girls in the opener at 3 p.m., and the boys to play at 7:30. ATC’s girls, under new head coach Ron Drake, has won its first three starts, and the boys coached by Anthony Moya, are winless in five starts.
Swimming-diving is also underway, with Santa Fe High, Desert Academy, Santa Fe Prep, and St. Michael’s making waves and their initial meet coming soon. Capital is still on the state list, but the Jaguars had been unable to have enough participants in recent years, as well as limited coaching and traveling, and unless they overcome this, don’t look like they will be competing in the pool and on the diving board.
Share

Previous A One-Sided Compromise: “Fairness for All” Fails to Protect Religious Freedom
Next Unbeaten Santa Fe High boys carry off a tough 74-70 win at Rio Rancho High Tuesday night behind the play of junior Fedonta “jb” White and senior Carlos Dassaro, and is now 4-0 heading into the annual Al Armendariz basketball tournament that bounces in Thursday morning at Capital High 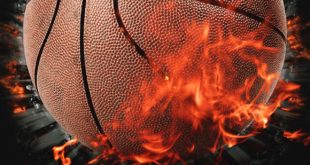