The baseball players union thought they threw a decent pitch, but Major League Baseball Commissioner Rob Manfred rejected it and instead informed both arbitrary parties that this needs to be over.
The proposal? A 70-game schedule and Manfred told the union that this many games were simply impossible given the calendar and the public heath situation.
“But,” he says, “they made that proposal anyway.”
Both Major League Baseball and the union proposed starting the season July 19 and the players said it should end Sept. 30, three days later than management. Citing Dr. Anthony Fauci, director of the National Institute of Allergy and Infectious Diseases, MLB does not want to extend playing deeper into the autumn.
Referring to the National Basketball Association and the National Hockey League, Manfred says that Fauci told us that professional football should be playing in a quarantine like the other two sports are, but we want nothing to do with that. He added that Fauci pointed out that baseball shouldn’t be playing in October, and that their proposal contemplates lengthening the season.
To this Manfred says that MLB does not want to bunch more games into the same period. And he adds that we are not playing any doubleheaders.
Enter Randy Levine. He says that the money difference between the feuding sides was not the primary obstacle but rather issues such as health and safety protocols and determining how to deal with a second wave of the new coronavirus.
“So what I believe needs to happen,” he says, “is that the parties need to get together as soon as possible to resolve those issues so we can get the season started.”
He wants to play, the commissioner wants to play, the players want to play, and the fans restricted from attending want to at least get to watch the games on television.
MLB has made three proposals, the last for a 72-game schedule starting July 14 that would guarantee about $1.23 billion of salaries that originally totaled roughly $4 billion and would increase the total to $1.45 billion if the season is completed. But money wise, that wasn’t accepted by the players union even though it did propose the 70-game schedule but with higher salaries.
Players insist that they get the full proposed salaries called for in the March 26 agreement with MLB. That deal says the season doesn’t have to start unless there are no relevant travel restrictions in the United States and Canada, and that games can be played before fans in all 30 regular-season ballparks. The union did offer two other plans, the last for an 89-game schedule starting July 10 and salaries upped to $2.25 billion.
The sides have exchanged proposals digitally, with an occasional video conference. They have not met in person since March 13-14 in Arizona. But everyone does want to get down to business as soon as possible and play games. It’s also believed that, as Levine says, the holdup is not about the number of games or money at this time, and that the commissioner has the right under the March agreement to schedule the games as long as the players are paid 100 percent prorated.
The holdup, it is believed, is about resolving the other items in the March 26 agreement.
Union head Tony Clark says that additional talks would be futile. Manfred says the season could be in jeopardy after announcing the previous week that he felt good about the season being played.
Levine, who was MLB’s chief negotiator from 1995-97, says that we all recognize that the players are the heart and soul of the game, that he’s called them patriots in the past and still believes that today.
If the games are played, baseball’s postseason would expand from 10 teams to 16 this year, and the two wild-card games would transform into eight best-of-three series. That would create a minimum of 14 new playoff games whose broadcast rights could be sold, and MLB would have the option of 14 to 16 postseason teams in 2021.
Now Manfred says that MLB would give the additional playoff games to broadcast partners for free this year to make up for the shortened regular season and MLB would sell the games for 2021. Players proposed they split broadcast revenue 50-50 from the additional 2021 games. Players also would allow MLB to move postseason games this year to neutral sites if needed because of the coronavirus.
Plus, both sides would expand use of the designated hitter to games involving National League teams.
Most important, both sides have to come together and close out an workable agreement and get our National Pastime back on the field of play.
Take me out to the ball game might not be the words called out by the fans at this time, but just to hear the call of play ball would be a huge hit.
Share 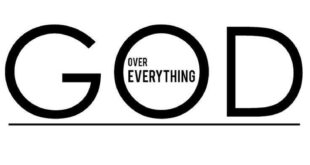