To play or not to play, it’s the toughest call in sports this year.
And in college football, no decision has been made as the schools around the country scramble to asses the spread of COVID-19 and determine whether students should return to campus in the fall, and many schools
must also decide whether it’s safe to resume football.
The gridiron sport is a cash cow for some big schools and for the surrounding college towns. The determination will have a financial impact on athletic departments for years to come. Schools will put off that decision until they have absolutely no choice. It’s like this, once there is one that’s brave enough and says something like we can’t do this and still protect our student athletes, other schools will follow.
Back in March after the Ivy League cancelled its basketball championships to limit the spread of the novel coronavirus, a few schools have recently scotched fall sports, and this includes the most recent, the Maine liberal arts college Bowdoin on Monday. and the 13-member California Collegiate Athletic Association back in May.
Their decisions could embolden cancellations at larger schools, and at small schools where football is a huge part of campus culture and is key to enrollment.
Schools that bring in the largest revenue from football include the University of Notre Dame and the University of Georgia, but they are still making decisions and planning for a season.
At Notre Dame, where football revenue accounts for less than 7 percent of its $1.7 billion operating budget, a spokesman for the school says that health and safety considerations trump stadium revenue for the school in South Bend, Ind. At Georgia, its call will be made with the advice of medical officials and guidance from the Southeast Conference, the National Collegiate Athletic Association, the governor and school officials.
And so the Bulldogs won’t take the field until the okay comes from all these authorities.
Meanwhile, at the professional level, the National Football League has canceled off-season training programs, and with the exception of injured players undergoing rehab, kept its facilities shuttered. The league plans to start its training camps this summer, albeit under strict testing protocols.
,
Staying with the pros, not all players have heeded the league’s guidance, and that Tampa Bay’s new quarterback Tom Brady recently gathered about a dozen of his Buccaneer teammates for a non-sanctioned workout at a local high school despite multiple members of the organization having tested positive for the virus.
As for the universities deciding how to proceed, there is at least some precedent this time, unlike three months ago when administrators faced a similar challenge as the virus spread in the United States. The Ivy League, not exactly an athletic powerhouse, was the early mover, and hundreds of schools quickly followed by canceling spring sports to limit contagion.
Some basketball tournaments had been underway, with games being played in the Big Ten and Atlantic Coast and Big East conferences. The Ivy League, where eight schools include Harvard, Yale and Princeton, scrapped its conference championships back on March 10. These games were to be hosted at Harvard in Massachusetts, an early hot spot for the coronavirus in the U.S.
Said Harvard’s president Lawrence Bacow: “I had my experts tell me it was not safe to bring large groups of people from around the country together under the circumstances.”
He added that the league discussed what to do with spring sports when diagnosed cases in Massachusetts went from 13 to 28 percent to 42 to 91, clearly an exponential growth curve, albeit starting from a small base.Then the decision to also cancel the Ivy League’s spring sports came on March 11.
By the following day, 190 more Division I athletic programs that had pending championship games had canceled their own tournaments, including one in the Big East held at Madison Square Garden that was halted midway. The NCAA also canceled its March Madness basketball tournament on March, so one-two-three there were tournaments shut down over three days.
The Ivies could afford first. For the wealthiest universities, canceling spring sports did not feel like a make-or-break budget decision as it seemed to be for many Division I schools.
“The revenue,” said Ivy League executive director Robin Harris since 2009, “when it comes, is nice, but it’s not the rationale, the driving force behind the decision, but it was the correct thing to do.”
The Ivy Leagues did not immediately shut down sports. The aim as of March 9 was to hold the tournament, but with limited fans on its scheduled dates, it was rescheduled to begin on March 13. But then things changed and shut down were the Ivies.
The consensus was that if the league acted prematurely, it would inconvenience a lot of people, disrupt the lives of its students, faculty and staff needlessly, and their parents. Bacow said it would also squander a lot of resources, and if the league did not act and proved to be wrong about the public health crisis being faced, people could die.
Only time will tell, but right now the pandemic takes precedent and the college games will have to remain sidelined.
Share 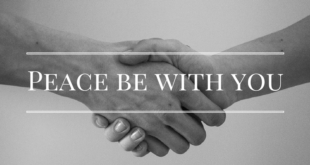