Obviously, Pat Riley knew what he was doing when he retired as the Miami Heat head coach and turned it over to his assistant ErikSpoelstra, who has turned into one of the better coaches in the National Basketball Association.
Each year, Spoelstra has taken sub-par lineups and guided them to surprisingly good season, and now he takes 4th-seeded Miami to the Eastern Conference finals of the playoffs after ending the season for the Milwaukee Bucks,103-94, Tuesday night at the ESPN Wide World of Sports Complex in Lake Buena VIsta, Fla.
The Bucks entered the playoffs with the best overall record in the league and were the top overall seed. But with their back-to-back Most Valuable Player Giannis Antetokounmposidelined with a re-injured ankle and being limited to a rooter in game five, the Heat turned a close game into its deciding fourth win in the best-of-7, and will now face the Eastern Conference Boston Celtics-Toronto Raptors winner in the finals, with the Celts up 3-2 in the series.
“We have deep respect for that franchise,” said Spoelstra in regard to Milwaukee, which boycotted game one of this series when a black man was shot in Kenosha, Wisc., which is an hour south of the Bucks’ home court, “and it’s unfortunate that Giannis couldn’t play tonight.”
But with its best player having to ride the bench, Milwaukee still made a game of it until the Heat took a 73-65 lead into the fourth quarter and maintained it behind the versatility of Jimmy Butler, who had the team highs of 17 points, 10 rebounds, and six assists. After him, it was just another team effort for this franchise.
Then there was the Western Conference finals when the top-seeded Los AngelesLakers, now the overall top seed, took a 2-1 lead over the 4th-seeded Houston Rockets, 112-102, their second straight success after Houston won game one. In addition, the eliteLeBron James earned his NBA-record 162nd playoff victory.
In a tight test in which LA, just like Miami, pulled ahead for good in the fourth quarter with a 30-20 advantage, James had the game-high 36 points, brought down seven rebounds, and handed out six assists. He shot 12-for-23 from the field and included four 3s.
For the Rockets, it was James Harden with the team-high 33 points, and he also had the most rebounds, nine, and most assists, also nine. Houston had five players in double figures with Russell Westbrook adding 30 points, eight boards, and six assists. From the 3-point range, it was 12-for-31.
But the Lakers, who hadn’t made the playoffs since 2014, had the 7-foot Anthony Davis contributing 26 points, the team-high 16 rebounds, and eight assists, and there was veteran guard Ronjon Rondo tossing in 21 points and the team-high nine assists.
It was 33-32 Rockets after one quarter, 64-61 at halftime and tied at 82-all heading into the fourth quarter when Los Angeles gained the upper hand down the stretch. The teams play again Friday night.
But for Milwaukee, the season has ended. It hung in there even though Antetokounmpofirst injured his ankle in game three, but remained in the game and limped around. In the first quarter of game four, he started and injured the same ankle on a drive to the basket. That sent him to the sidelines for good.
The Bucks began with a 28-19 lead after one quarter, but trailing at the intermission, 52-46. After three, Miami was up 73-65 and turned it up midway through the fourth quarter. The Heat had 48 rebounds, but also had 21 turnovers. It also came away with six steals, seven blocks, and 11 turnovers.
Milwaukee once again received quality games from Khris Middleton, Brook Lopez and Eric Bledsoe. Middleton was good for 23 points, seven boards and six assists, the 7-foot Lopez scored 15 points and pulled a team-high 14 rebounds, while Bledsoe dished out the team-high nine assists.
So now it’s the Bucks exiting and Miami figures to have some extra days off, that is unless Boston wins game six to win the series 4-2 and eliminate defending champion Toronto. If the Raptors deadlock the series at 3-3, it will give the Heat more time off.
And the Western Conference is still in its semifinals, with the Los Angeles Clippers up 2-1 against the Denver Nuggets, and theLakers up 2-1 over Houston.
Share 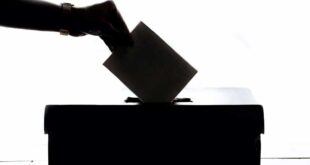 This is it! Have you voted yet?

By family policy Alliance This is it! We are now in the final stretch of …